One woman or girl is killed every 2.5 days in Canada: report 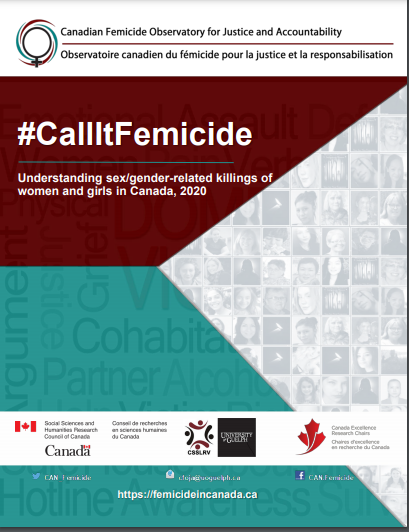 From CTV News–On average, one woman or girl is killed every two and a half days in Canada, according to a report on femicide in the country.

The report by the Canadian Femicide Observatory for Justice and Accountability found that, in 2020, 160 women and girls were killed in Canada. April was the deadliest month for women and girls in Canada, according to the report, with a total of 26 victims.

This isn’t a new phenomenon, or a result of the pandemic, as the number of women and girls killed each year in Canada has remained relatively constant.

“The overall number of women and girls killed in Canada has not moved significantly down for a number of years,” Anuradha Dugal, a member of the team that compiled the report, told CTV News Channel. “It is a stubborn number that continues to reflect the way in which women are killed because of their gender throughout Canada at this time”

The report, #CallItFemicide, says that in 90 per cent of cases where the accused killer has been identified, they are male. The ages of victims varied, but more than half were between the ages 25 and 64. 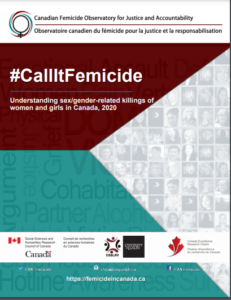 Relationships also varied, when the information was disclosed, but more than half were partners and 26 per cent were family members.

“Women and girls know their killers,” said Dugal. “They are family members, they are partners, they are former partners.”