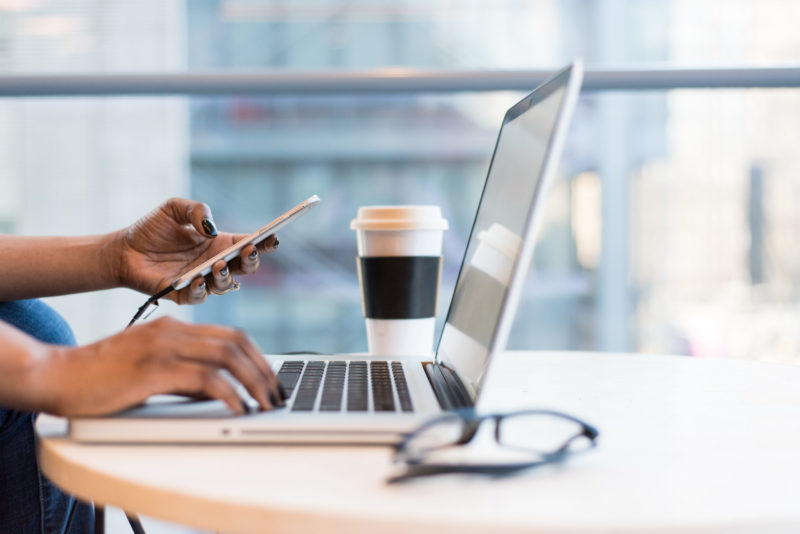 Guest Blog Post–Thinking back to a time when digital devices didn’t exist or weren’t easily accessible may feel like ancient history. But it really wasn’t that long ago. Internet use, including emails, only became more widespread when broadband allowed the signal in one line to be split between telephone and internet in the early 2000s.

Fast forward to 2008, and 17% of people owned a smartphone, according to Ofcom data. A smartphone does a lot more than make phone calls and send text messages. Back when you could have only browsed the internet home by kicking someone off a landline phone, shopping or watching a film on a phone might have felt impossible. But by 2018, smartphone ownership was up to 78%, and 95% among 16-24 year-olds, many of whom would feel lost without their smartphones.

An insight into screen reliance in the UK
During the national lockdown, people in the UK spent 40% of their day watching TV and online video services. The time spent on apps on Android devices increased 20% year-on-year in the first quarter of 2020, and consumer spending in both iOS and Google Play apps was up year-on-year 5% and 15% respectively. Data provided to Radio 1 Newsbeat showed overall phone usage was up by about 30% from pre-pandemic levels.

That’s a lot of screen time, especially given that research from before the pandemic reported that people already generally spend an average of three hours and 15 minutes on their phones every day. The top 20% of smartphone users spend upwards of four-and-a-half hours on their devices and few of us go longer than one hour and 43 minutes during the day without touching our phones.
It might feel like a lot of data, but some of us may be unaware how reliant we are on the screens around us, either picking them up or turning them on regularly.

How to check your screen usage on a mobile device
Have you ever received a notification from your phone telling you how much time you’ve spent using it that week? It can be quite alarming and may feel like you’re being shamed by your own phone. But it can be the first step in realising you want to cut down on your phone usage.

Read the rest of the article here: